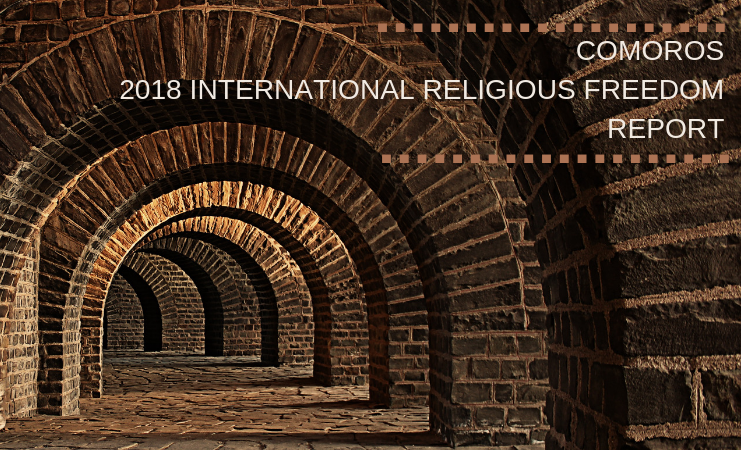 The new constitution adopted in August specifies Islam is the state religion and defines the national identity as being based on a single religion – Sunni Islam – but proclaims equality of rights and obligations for all regardless of religious belief. The constitution also specifies that the principles and rules that will regulate worship and social life be based on Sunni Islam under the Shafi’i doctrine. Proselytizing for any religion except Sunni Islam is illegal, and the law provides for deportation of foreigners who do so. The law prohibits the performance of non-Sunni religious rituals in public places on the basis of “affronting society’s cohesion and endangering national unity.” National leaders explicitly condoned harassment against individuals practicing non-Sunni forms of Islam. On at least two occasions, President Azali Assoumani said Shia Muslims should leave the country and called for their expulsion. On February 12, at the conclusion of the “assises nationales” (national convention), President Azali said “those who practice Shia Islam are not welcome; they should leave the country immediately.” On July 16, he called on citizens to “expel the Shia who have established themselves in our country” and blamed Shia for “[endangering] peace and security of every citizen on earth.” The interior minister announced that from March onward, no imam or preacher would be permitted to preach or lead prayer, regardless of location, without prior government approval, and that approved imams would receive a license in the form of an identity card. The system of identity cards was not implemented by year’s end, and the government imposed the prior approval requirement for preaching on only one individual, a former president under house arrest.

There continued to be reports that communities unofficially shunned individuals who were suspected of converting from Islam to Christianity.

Representatives from the U.S. embassy in Antananarivo, Madagascar visited the country and engaged with government officials on issues of religious freedom.
The U.S. Charge d’Affaires met with President Azali and expressed his concerns about statements made by the president and the destruction of mosques in 2017. Other embassy officials conveyed their concern and alarm over the increasing harassment of religious minorities with the minister of justice, the minister of interior, and the secretary general of the foreign ministry. Embassy representatives