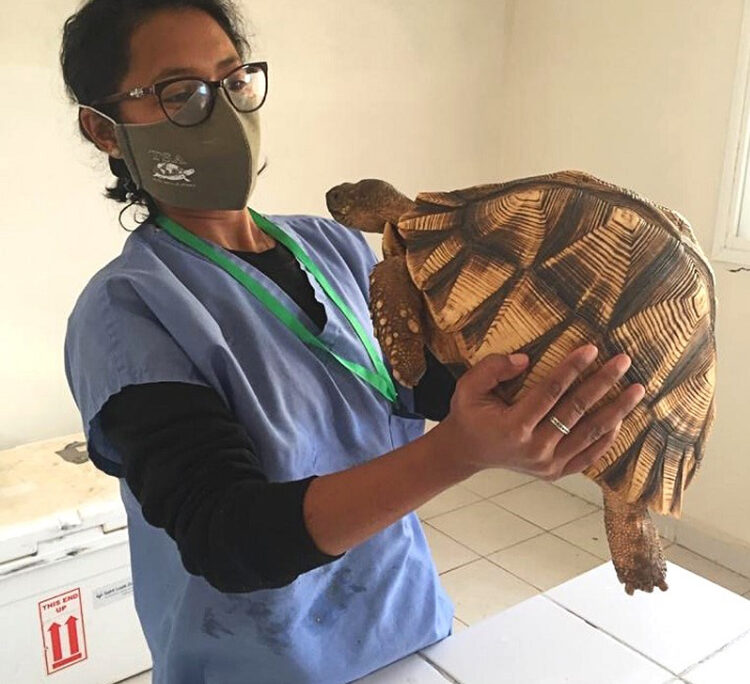 The COVID-19 pandemic threatens more than the health and livelihoods of Madagascar’s people; it also jeopardizes thousands of critically endangered tortoises currently in the care of the Turtle Survival Alliance (TSA). Facing a projected 80% drop in funding from its largest supporters — zoos and aquariums now shuttered due to COVID-19 — TSA thought it would soon be forced to prematurely release thousands of critically endangered tortoises under its care in Madagascar.

In response to the crisis, the U.S. Government, through the United States Agency for International Development (USAID) and the U.S. Department of Interior’s International Technical Assistance Program (DOI-ITAP), is proud to announce a $150,000 grant for TSA to care for rescued tortoises until their safe return to the wild.

Biodiversity conservation and combating wildlife trafficking are major priorities for the U.S. Government, making its work with TSA a natural partnership. Under the Eliminate, Neutralize, and Disrupt (END) Wildlife Trafficking Act, the United States has designated Madagascar as a “Focus Country” and “Country of Concern” and is working with the Government of Madagascar to fight illegal trade of natural resources and related official corruption.

“The Turtle Survival Alliance provides a vital service to the protection of Madagascar’s endemic tortoises,” said USAID Mission Director John Dunlop. “With this grant, we are supporting the Turtle Survival Alliance to collect tortoises recovered from wildlife traffickers, bring them to rehabilitation centers, restore them to health, prepare them for reintroduction to the wild, and ultimately release them at carefully selected, secure locations.”

TSA is a global leader in tortoise conservation and currently has more than 24,000 tortoises in their Madagascar rehabilitation facilities, including four critically endangered species. These tortoises are endemic to Madagascar and are popular attractions for the country’s ecotourism industry. Unfortunately, their value in illicit markets also makes them a significant target for domestic and international wildlife trafficking.

TSA has made a bold commitment to zero turtle extinctions in the 21st century. TSA Madagascar’s National Coordinator Dr. Herilala Randriamahazo explains, “We have what we consider a sacred obligation to care for these animals and have invested too much in their rescue and rehabilitation to release them without proper planning and acclimation.” This new partnership allows TSA to continue to honor its commitment to conserving Madagascar’s unique natural resources.

The bulk of TSA’s facilities are in Madagascar’s southern region, where tortoise poaching is fady (taboo). Historically, this fady has protected tortoises, but according to Dr. Randriamahazo, the tradition is fading. TSA’s unique community-based management approach trains community members to care for tortoises at local rehabilitation centers and teaches them the importance of biodiversity conservation. This strengthens the community’s sense of responsibility for protecting tortoises from wildlife traffickers and poachers and is part of the reason the survival rate of tortoises at TSA facilities is an impressive 95%.

The United States Government, through USAID, has been working together with the Government of Madagascar and local partners for 36 years to promote the health and prosperity of the Malagasy people. Last year USAID assistance totaled $114 million, including $62 million in activities for the health sector, where the U.S. is the largest single country donor, and $40 million for food security, where the U.S. has been the leading provider of food assistance to the drought-stricken south since 2015.