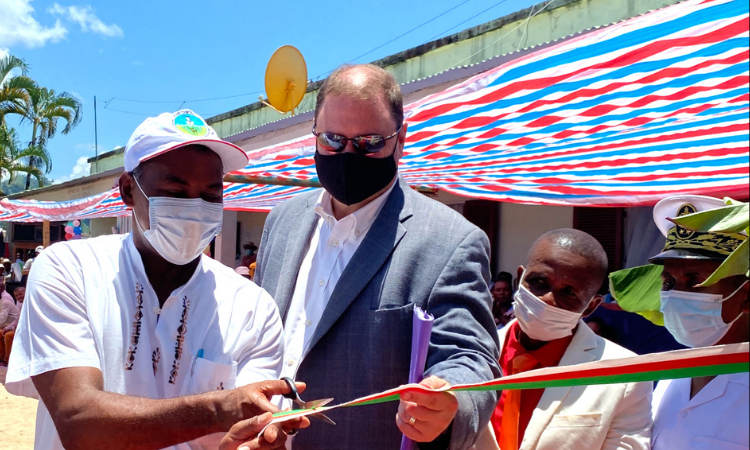 The U.S. government, through the United States Agency for International Development (USAID)’s Mikajy activity, inaugurated the first land tenure office in Analanjirofo region on February 18.  USAID helped the Commune of Voloina establish this office because conflicts arising from the uncertainty of land ownership is a persistent problem in Madagascar.  These conflicts lead to economic insecurity, illegal logging, wildlife trafficking, biodiversity loss in protected areas, and they also pose a burden to the court system–an estimated 85 percent of cases handled by the courts in the Analanjirofo region relate to land disputes.

Land tenure regulations can help.  These regulations define how the government and people allocate, transfer, use, and manage property rights to land.  When land rights are insecure, conflicts, instability, and the exclusion of vulnerable groups (such as women, indigenous people, and the poor) results.  But when land tenure is secure, land is a cornerstone for economic growth and an incentive for investment.

This new land tenure office in Voloina is creating a Local Land Occupation Plan, which will delineate property boundaries and help secure land for at least 2,500 people in the region.  National and local Government of Madagascar representatives, USAID and U.S. Embassy representatives, local project partners, and members of the community all attended the event. Officials issued the first land tenure certificates during the ceremony.

“At USAID, we recognize that support for sustainable development requires a holistic approach,” explained USAID Mission Director John Dunlop at the inauguration ceremony.  “In order to protect biodiversity, you must first help communities increase their land tenure rights.  We aim to help communities on their journey to self-reliance by strengthening land tenure security and by providing training on sustainable agriculture techniques.”