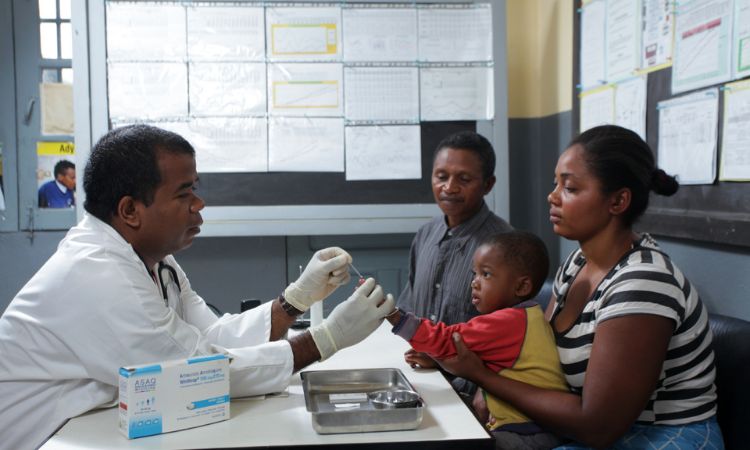 “While we are currently battling the COVID-19 outbreak, we must continue to be vigilant against other threats to our public health and safety. Malaria remains a significant challenge and a risk to the health and well-being of Malagasy people,” stated U.S. Ambassador Michael P. Pelletier, as he announced a significant donation from the U.S. Government for the detection and treatment of malaria cases in Madagascar.

The U.S. Government, through the President’s Malaria Initiative (PMI) and the United States Agency for International Development (USAID), is donating $1.8 million worth of medical supplies to the Ministry of Public Health for testing and treating malaria. This includes over 2 million malaria rapid diagnostic tests and nearly 2 million courses of treatment to heal those who test positive for the illness.

Malaria is a dangerous infection which must be treated promptly to prevent severe consequences and death. In the first six months of 2020 over 1 million people throughout Madagascar were diagnosed with malaria and over 600 people died from the disease. With quick treatment, the risks of serious illness from malaria decline sharply. That is why the 2.3 million malaria rapid diagnostic tests are so important.

“With these tests, Malagasy health workers can know within 15 minutes if a patient has malaria and take the proper steps to provide treatment,” said Ambassador Pelletier.

The American donation also contains nearly 2 million courses of treatment of Artemisinin Combination Therapy. Once a rapid diagnostic test confirms a patient has malaria, most cases can be successfully treated using this medicine.

In addition to these supplies, the donated materials include a special treatment for severe cases of malaria, tablets to prevent malaria in pregnant women, and gloves to protect health workers while testing for malaria cases.

These medical commodities will be distributed across Madagascar by USAID’s IMPACT health project, in coordination with the Ministry of Public Health, to ensure critical supplies are available when and where they are needed.

These tests and treatment are an important part of malaria care, but the best treatment for malaria is prevention. That is why everyone living in malaria endemic areas of Madagascar should be sleeping under a bed net every night. This is particularly important for young children and pregnant women who are most vulnerable to the disease.

The announcement is made on World Mosquito Day, a day to raise awareness and take action to prevent illnesses spread by mosquitoes, including malaria.