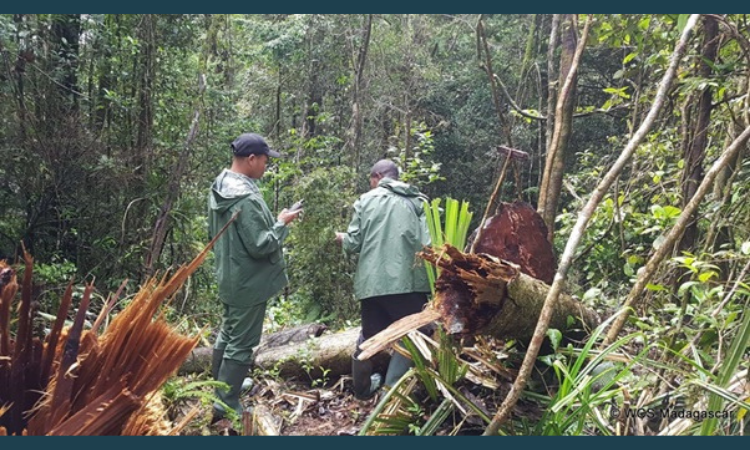 ANTANANARIVO – The U.S. Department of State’s Bureau of International Narcotics and Law Enforcement Affairs (INL) has awarded two $1 million grants in Madagascar for projects that combat wildlife trafficking and illegal logging. The U.S. Embassy in Madagascar announced the grants during a February 17 ceremony in Maroantsetra attended by John Dunlop, the Mission Director for the United States Agency for International Development (USAID) in Madagascar, Elutin Razafiarison, the Director of the Ministry of Environment and Sustainable Development’s Anti-Corruption Unit, and Herintsitohaina Razakamanarivo, the Director General of Donor Coordination for Green Diplomacy.

“Wildlife and timber trafficking are multi-billion dollar transnational criminal enterprises that rob Madagascar of its unique biodiversity and the Malagasy people of a sustainable future,”
USAID Mission Director Dunlop said. “Through these grants, the U.S. government is working with the Government of Madagascar and the Malagasy people like ‘mpirahalahy mianala’ to help protect Madagascar’s rare and endangered species and reduce the ability of criminal groups to profit from illicit trafficking.”

INL is awarding one grant to the Wildlife Conservation Society and the Center for Advanced Defense Studies to improve the capacity of law enforcement and the judiciary to protect northeastern Madagascar’s rare and endangered hardwoods and enhance their cooperation with transnational partners. TRAFFIC and Durrell won the second grant for their work to reduce trafficking in tortoises, lemurs, and other endangered species in Madagascar. Both projects will last for two years and are part of broader U.S. government efforts to combat trafficking under the Eliminate, Neutralize, and Disrupt (END) Wildlife Trafficking Act.

Wildlife trafficking remains a serious transnational crime that threatens security, economic prosperity, the rule of law, long-standing conservation efforts, and human health. The United
States, working in partnership with the private sector, local communities, and NGOs, has led the way globally to secure commitments from governments and stakeholders at all levels to take urgent action against wildlife trafficking.

In Madagascar, the U.S. government has committed more than $55 million since 2013 to promote sustainability, improve livelihoods, bolster governance of natural resources,
strengthen actions to stop international wildlife trafficking, and protect thousands of hectares from illegal and unsustainable exploitation.

We work side-by-side with the Government of Madagascar and the Malagasy people, like mpirahalahy mianala, to secure the nation’s natural resources and biodiversity from illegal and unsustainable practices that threaten its environmental heritage and economic future.
# # #