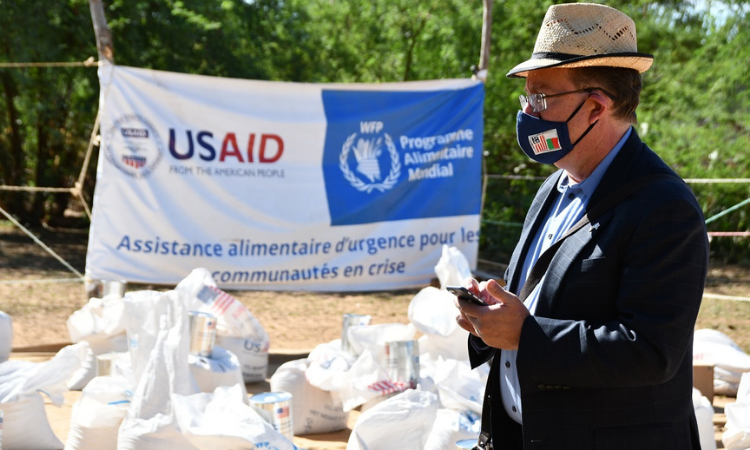 U.S. Ambassador Michael P. Pelletier and USAID Mission Director John Dunlop have returned from a visit to the four districts in southern Madagascar most affected by food insecurity where they assessed the progress of ongoing U.S. government emergency assistance efforts. In July, the U.S. government, through the United States Agency for International Development (USAID), provided 8,330 metric tons of food assistance to the World Food Programme (WFP) to support the nutritional needs of more than 350,000 people, including 20,500 pregnant and lactating women. In October, the U.S. government gave an additional $2.5 million to WFP and UNICEF to provide treatment for 64,000 children under five years of age who are suffering from moderate and severe acute malnutrition.

Ambassador Pelletier and USAID Director Dunlop visited the districts of Ampanihy, Tsihombe, Ambovombe, and Amboasary and heard first-hand from local community members who have received U.S. food assistance. The Ambassador stressed the importance of partnership, noting that the U.S. government, through USAID, has been working side-by-side with the Government of Madagascar and local partners to combat malnutrition in the south. The delegation discussed assistance coordination during a meeting with local and national government officials and representatives from the main implementers of USAID emergency assistance – the World Food Programme, UNICEF, and Catholic Relief Services.