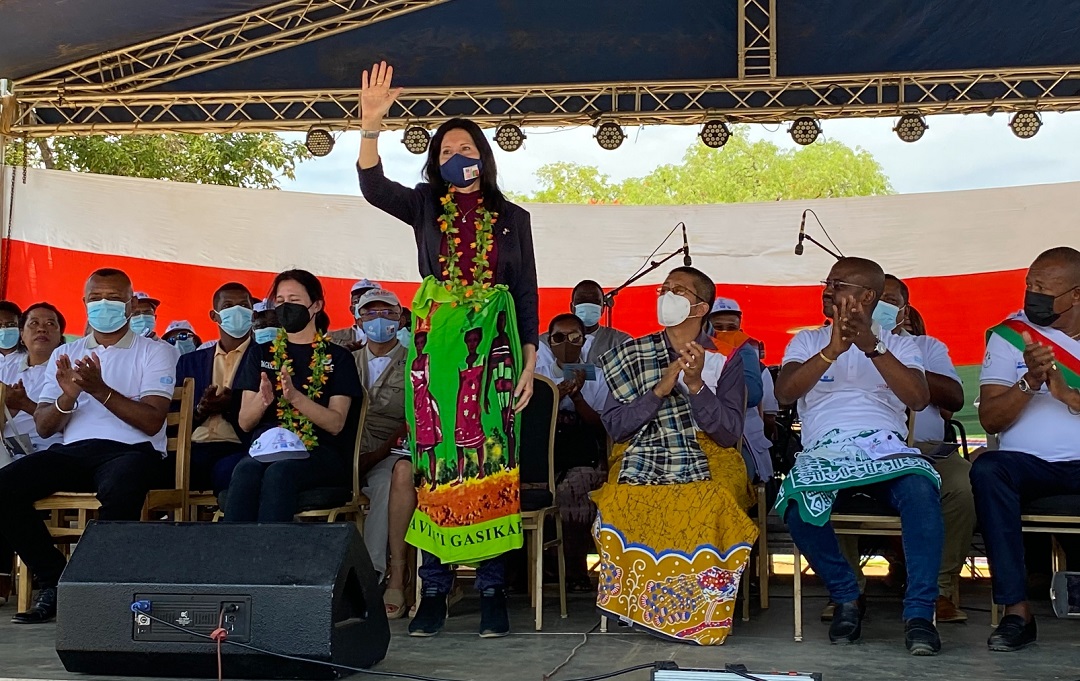 The U.S. government and the Ministry of Public Health’s National Malaria Control Program (NMCP) have launched an indoor spraying campaign to control malaria that will protect 850,000 people in the Atsimo Andrefana and Ihorombe regions.

Malaria remains a serious threat to the lives of millions of Malagasy people, it keeps children from school and adults from work, and it is a major obstacle to development. Since the beginning of the year more than 450 people in Madagascar have died from malaria.

This underscores the importance of the annual indoor residual spraying (IRS) campaign, a collaborative effort between the U.S. government, through the United States Agency for International Development (USAID) and the President’s Malaria Initiative (PMI), and the Ministry of Public Health’s NMCP. Indoor residual spraying applies insecticide, certified as safe for humans, to the walls and ceilings of homes and public buildings. Residual insecticides are effective for several months, killing mosquitoes that come into contact with the treated surfaces.

“The indoor residual spraying of insecticide to keep mosquitos out of homes is one of the key strategies we use to keep people safe from malaria,” U.S. Chargé d’Affaires Amy Hyatt said. “This is critical, life-saving work. The U.S. government is proud to stand side-by-side like “Mpirahalahy mianala” with the Malagasy people in the fight against malaria.” The risks from this dangerous disease are considerably lowered when IRS is combined with other malaria control activities, such as sleeping under long-lasting insecticide-treated bed nets, providing preventive treatment to pregnant women in high-risk districts, and quickly identifying and treating people who have malaria.

This year’s spraying campaign is just the latest in a series of recent U.S. government efforts, led by USAID and PMI, to protect the Malagasy people from malaria. In August this year, the U.S. government distributed more than 3.7 million mosquito bed nets to communities in 27 high transmission districts of Madagascar. In the past year the U.S. government has also donated more than 3.3 million malaria rapid diagnostic tests and 3.1 million courses of treatment to cure those who test positive for the disease.

The U.S. government is the largest single-country donor to Madagascar’s health sector, providing $74.5 million in 2020 to fund USAID’s health activities, including $26 million for malaria prevention and treatment.

For 2021, the NMCP, in partnership with USAID and PMI and with technical and financial support from the PMI VectorLink project, will conduct an IRS campaign in five health districts in two regions of the country with high rates of malaria infection: Toliara II, Sakaraha, and Betioky Atsimo districts, which are in the Atsimo Andrefana region, and Ihosy and Iakora districts in the Ihorombe region

The goal for 2021 is to spray at least 95 percent of homes in these five districts. The campaign will protect an estimated 850,000 people, including 34,000 pregnant women and 138,000 children under five years old. The program includes monthly monitoring to ensure treatments remain effective. All operations are performed in compliance with recommendations to prevent COVID-19 transmission.