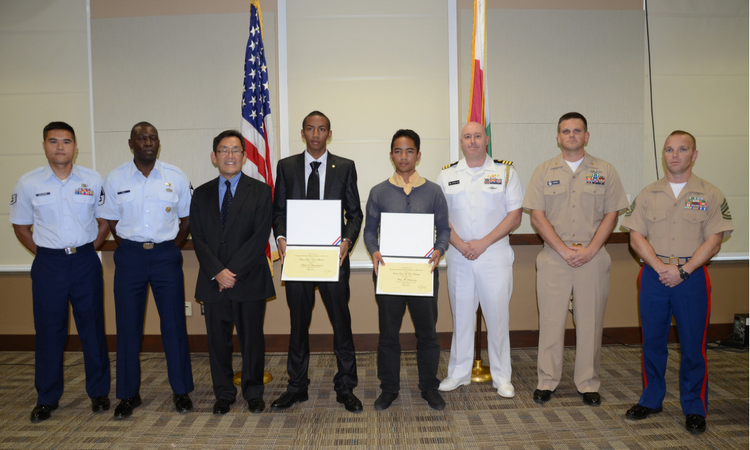 U.S. Ambassador Robert Yamate, Malagasy Army Chief of Defense General Lantoarinjaka Razafindrakoto, and the Vice Admiral Jean Marie Lucien Rakotoarisoa ,Chief of Staff of the Malagasy Ministry of Defense presented today at the U.S. Embassy Andranomena the two Malagasy students selected to join the ranks of graduates of the military services academies in the United States of America. Harry Andriatavy, 18 years old, will join the Air Force Academy in Colorado Springs and Ritchi Ramananandro will join the Naval Academy in Annapolis, Maryland.

Each year, several hundred young international students apply to join one of the four military academies in the United States. This academic year, there were only about 60 slots across the four service academies for the international students and Madagascar has two selectees. A result that Ambassador Yamate praised in his speech and the Malagasy Chief of Defense really appreciated.