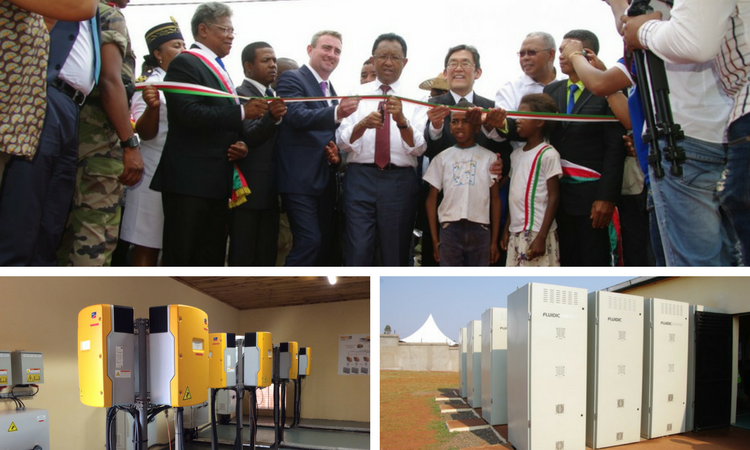 This project, funded by the U.S. Trade and Development Agency (USTDA), will electrify more than 27,000 households and businesses in Madagascar with an investment of $63 million.  Implementation of the project across 100 Malagasy villages will result in the installation of up to 10 megawatts of solar power generation and more than 88 megawatt hours of battery storage capacity.

U.S. Ambassador Yamate noted, “Today’s event demonstrates the strong commercial cooperation between the United States and Madagascar, and it’s potential for helping both our countries.” He continued by adding, “Through USTDA, the U.S. Embassy is so proud to be part of the technical and economic study of solar photovoltaic-powered minigrids with integrated battery storage technology in up to 100 sites across Madagascar.  This project is a good example of how the U.S. Government is helping support U.S. technology innovation and solutions in Madagascar.”

Nearly four years ago, the U.S. government launched the Power Africa initiative focused on the ambitious but achievable goals of adding 30,000 megawatts and 60 million connections across Africa by 2030.  Power Africa expects that between 18,000 and 21,000 MW of that will be energy from newer, cleaner sources.