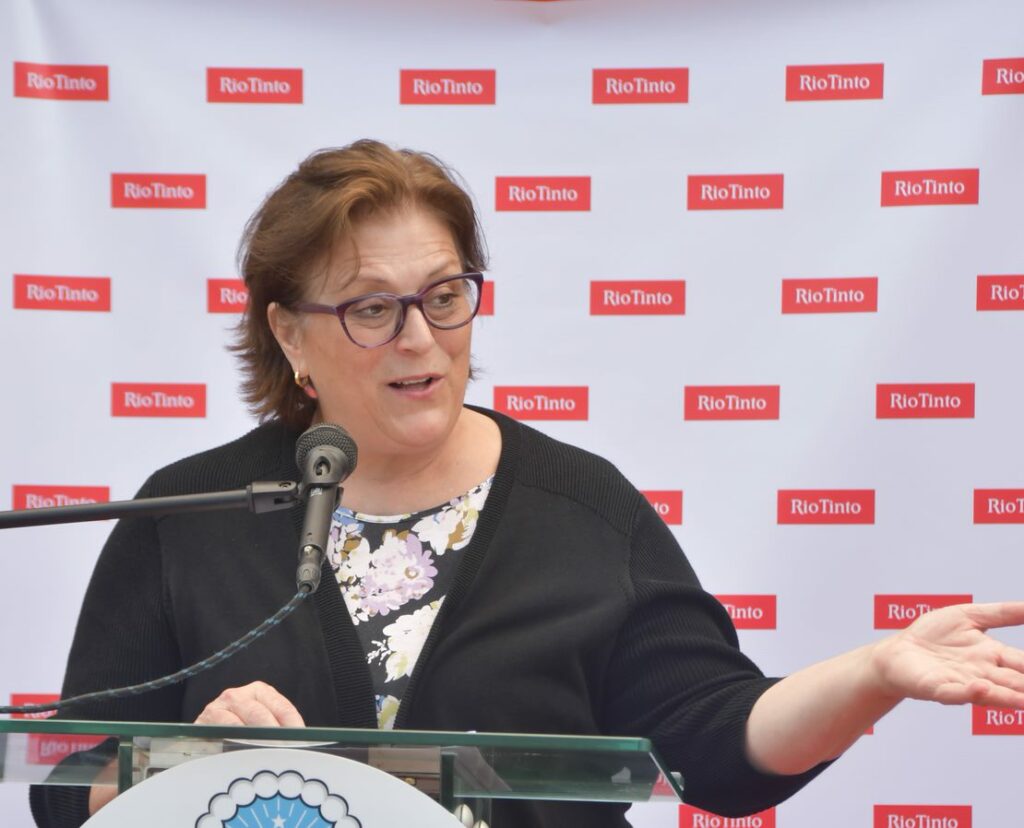 Our partners from the English Center of Fort Dauphin,

Thank you for the warm welcome I have received here in Taolagnaro.

Thank as well to Captain Razafinjo and the Fire Brigade of Fort Dauphin for hosting today’s event.

Today, we are opening the doors of a larger, renovated American Corner. Our new space is more than double the size of the original room and has been re-equipped with nearly $50,000 in modern technology and furnishings. With this renovation we will be able expand the programs we can offer to the people of Taolagnaro.

This American Corner is one of three American Corners we are renovating in Madagascar and is part of a network of more than 700 similar spaces worldwide which provide access to reliable information about the world to communities like yours. Congratulations Taolagnaro on being the first American Corner to reopen!

For that, we need to thank Martino and the QMM team, who have generously enlarged and renovated the American Corner physical space. Martino, we sincerely appreciate QMM’s recognition of the value that the American Corner brings to the Taolagnaro community and your continued support.

The American Corner is a public venue where citizens from all walks of life can learn about our shared values, engage in informed discussions, pursue educational opportunities, and improve their English.

We also thank our program partner, the English Center of Fort Dauphin for their work in implementing a robust schedule of programs at our American Corner.

The most important capacity we are building into the new American Corner is the ability for individuals and groups to join in-person and virtual conversations about the big issues that face your community, your nation, and our world.

I am pleased that we are working with local communities on issues that impact your citizens.

I recently visited the Tortoise Conservation Center run by the Turtle Survival Alliance. There, I saw tortoises that had been rescued from illegal traffickers who sell these endangered species on the international market. With U.S. Government support, the Turtle Survival Alliance is rehabilitating these animals and returning them to the wild, thus preserving Malagasy natural resources for future generations.

I also just returned from several days in Androy visiting communities where the U.S. Government is supporting the enormous international effort led by USAID in partnership with the World Food Program, Catholic Relief Services, and other organizations to address persistent food insecurity in the region. Since 2015, the U.S. Government has provided more than $346 million for projects that include both emergency food assistance and long-term projects to solve the root causes of food insecurity in southern Madagascar.

All these examples make clear that southern Madagascar is not an isolated, far-off corner of the world. The region is directly impacted by global phenomenon like climate change. And the region is also not immune to the effects of world political events.

Russia’s unprovoked and unjustified invasion of the Ukraine has drastically increased fuel, grain, and fertilizer prices worldwide, which is directly impacting the cost of living all over Madagascar. But those impacts are doubly significant for the most vulnerable populations in southern Madagascar. Not only has Russia’s invasion driven up consumer prices in a region where people are already struggling to feed their families, it also reduces the impact of foreign food assistance to Madagascar.

With the reopening of American Corner Taolagnaro, the U.S. Government renews its commitment to work with our partners, the alumni of U.S. Government-funded exchanges, our American Corner members, and all of you – like “mpirahalahy mianala” – to create ways for southern Madagascar to be part of national and international conversations on issues of local and global significance.

We look forward to you all being part of those conversations.

Thank you for your support, your friendship, and your partnership.