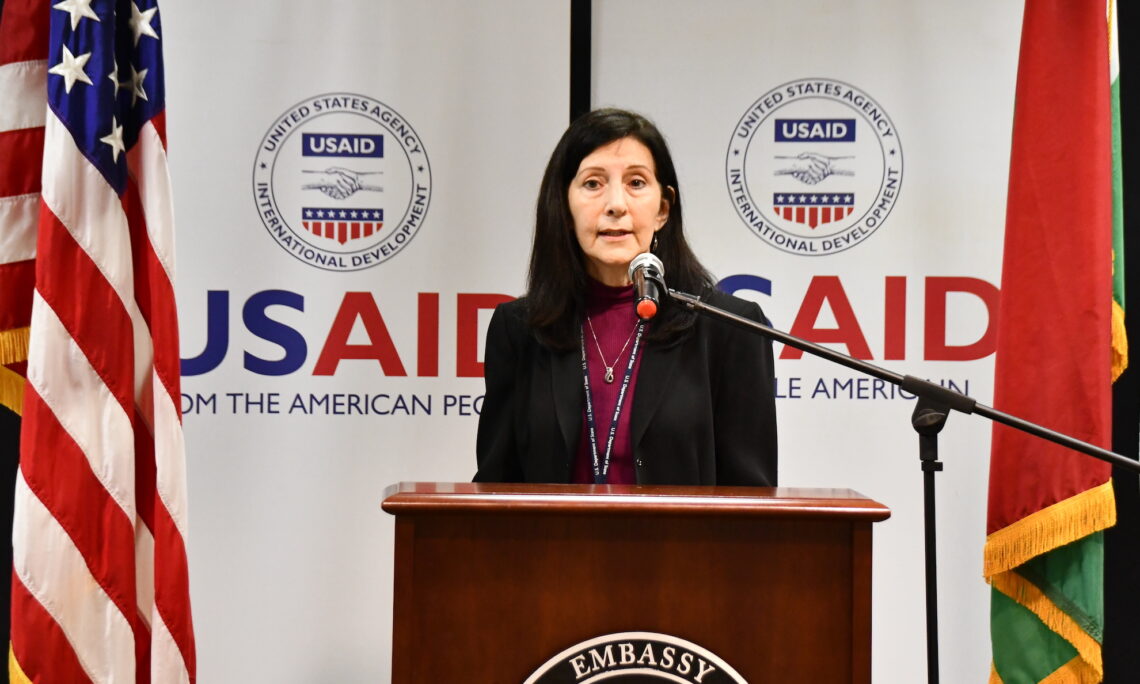 This emergency assistance is provided through the United States Agency for International Development (USAID) on behalf of the American people and will fund four projects that will support agricultural recovery and feed people in southern Madagascar.  An estimated 1.3 million people in the region are struggling with food insecurity.  The lean season has just begun and access to food is expected to remain limited until at least April 2022.

“Assisting with the crisis in the south remains a top priority for the U.S. government,” U.S. Chargé d’Affaires Amy Hyatt said. “$18.5 million will be provided to the World Food Programme (WFP) to allow them to continue providing life-saving food and cash assistance to more than 463,000 people.”

Since 2015, USAID has committed more than $261 million to the south and is the leading provider of emergency food assistance and activities to prevent and treat malnutrition in pregnant mothers and young children.

“In the face of this crisis, we must continue to plan for the future,” USAID Mission Director John Dunlop asserted.  “That is why we are also investing in agricultural recovery projects that will help farmers from the region experience more success with their future harvests.”

Catholic Relief Services and Action Contre La Faim will provide seeds for drought-and-stress-tolerant crops, re-equip farming families with tools, and ensure the supply of water for agricultural use. These projects will help 376,000 people.

For the first time in Madagascar, USAID is also partnering with the International Potato Center (CIP).  CIP will work closely with local farmers to teach and encourage them to grow and cook orange-fleshed sweet potatoes, a highly nutritious vegetable that is also drought-resistant and can be stored for up to six months, making it an ideal crop to help families get through the long lean season. This project will benefit 400,000 people.

Projects funded by the U.S. government in southern Madagascar are currently feeding over 700,000 people, treating and preventing malnutrition in 92,900 children, improving water access for 50,000 people, and promoting economic recovery through agriculture activities for 44,520 farmers.

Last year, USAID’s assistance to Madagascar totaled $133.5 million. That amount included $74.5 million in activities for the health sector, where the United States is the largest single-country donor, and $48.5 million for food security, where U.S. food assistance has helped more than 1.5 million Malagasy citizens survive through the devastating series of droughts that have struck southern Madagascar.