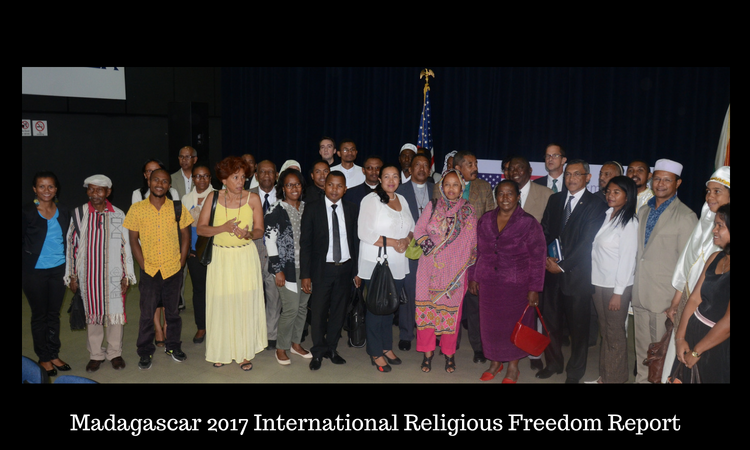 Executive Summary
The constitution provides for freedom of religious thought and expression and prohibits religious discrimination in the workplace. Other laws protect individual religious freedom against abuses by government or private actors. In January the government promulgated a law amending the nationality code and allowing a Malagasy woman to transmit her nationality to a child regardless of her marital status. Muslims born in the country continued to report they were unable to obtain citizenship documentation based on nationality laws that fail to provide a mechanism for some stateless children born in Madagascar to naturalize. In April the minister of education threatened to close 16 Islamic schools he classified as “Quranic,” stating the schools were among 190 private schools identified as not complying with various administrative requirements.

Members of the Muslim community and adherents of some evangelical Protestant churches reported they were denied admission into private schools and sometimes had limited access to employment due to their religious affiliation, while members of a small Jewish community reported a general improvement of their interaction with society.

U.S. embassy officials regularly engaged with Ministry of Interior officials responsible for registration of religious groups and with Ministry of Justice officials on the nationality code. Embassy officials continued to engage with international community representatives to minimize the impact of the nationality code on stateless persons, including Muslims with long-standing ties to the country. The embassy regularly met with religious leaders throughout the year and organized an interfaith public forum to encourage solidarity among different religious faiths around a common concern.