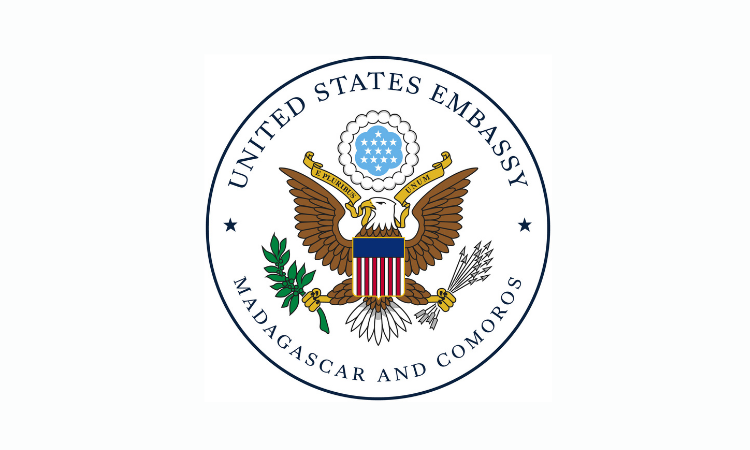 This is a joint op-ed co-authored by the U.S. Ambassadors and Chargé d’Affaires, a.i. to Angola, Botswana, Eswatini, Lesotho, Madagascar, Malawi, Mozambique, Namibia, South Africa, Zambia, the Democratic Republic of the Congo, and Zimbabwe.

The story of the United States of America is the story of its workers, whose enduring contributions we recognize annually on the first Monday of September. Throughout our history, the American worker has labored not only to erect buildings and cities but also to raise the standards of workers worldwide. Through protests and picket lines, by organizing and raising their voices together, workers have won small and large victories that have pushed the United States closer to ensuring safer and healthier workplaces for all.

The Biden-Harris Administration supports labor rights at home and abroad, including the freedom of association, the right to collective bargaining, the abolition of forced labor and child labor, acceptable conditions at work, and freedom from discrimination. The administration’s foreign policy promotes broad-based, equitable growth where all workers can work safely, assemble freely, and earn a fair wage.  Labor policy is key to implementing our shared vision of a democratic and prosperous Southern Africa centered on a growing middle class. And workers and trade unions are critical pillars to making this happen.

The Biden-Harris Administration believes that unions across the Southern African region play a significant role in addressing income inequality and creating a more equitable and democratic economy – key ingredients to establishing the cornerstones of middle-class security. When unionized workers are compared with their nonunionized counterparts, studies show that union wages are usually significantly higher. Union participation has also been shown to help address the gender pay gap: Hourly wages for women represented by unions are significantly higher than for nonunionized women.

The United States bolsters workers’ rights across the region through technical assistance. In Lesotho, for example, the U.S. Department of Labor’s Better Work project partnered with export apparel factories, trade unions, the government and others to boost factories’ compliance with labor law. For workers, this meant better compensation and improvements in contracts, occupational safety and health and work hours.

Through its worker-centered trade policy, the Biden-Harris Administration seeks to promote equitable growth and shared prosperity to all workers and communities in Africa. It also supports worker rights through U.S. trade preference programs, such as the African Growth and Opportunity Act (AGOA) and the Generalized System of Preferences (GSP) program.  That is, for countries to remain eligible for the benefits of the AGOA and GSP program, they must meet criteria on internationally recognized worker rights. Through AGOA engagement, the U.S. government has worked with the government of the Democratic Republic of Congo (DRC) to prompt action tackling a variety of labor issues, including the recruitment and use of child soldiers, trafficking in persons, and capacity-building of the labor inspectorate. This contributed towards the DRC’s ultimate reinstatement into the AGOA preference program in 2021, and the U.S. Department of Labor will soon be launching a technical assistance project in the DRC to further support progress on international labor standards.

African laborers form the backbone of the Southern African economy and for far too long African women have worked in environments that failed to protect them from harassment and violence. They deserve a better economic present and future that is free of violence and harassment. We stand in solidarity with the many trade unions and worker associations in their call for action on this issue, taking into account the provisions of ILO Convention C. 190.

As the United States works with its African partners to stand up for workers, we are especially committed to protecting the most vulnerable workers, including child laborers. Every year the U.S. Department of Labor issues its Findings on the Worst Forms of Child Labor report, which highlights key child labor challenges in countries around the world, including our partners in Southern Africa. The report also spotlights efforts these countries are undertaking to eliminate child labor through legal protections, enforcement, policies, and social programs and makes recommendation for further action. Namibia, for one, saw significant advancement in the 2019 report, including its enactment of the Child Care and Protection Act.

We also provide technical assistance to support our African partners in their efforts to combat child labor. In Zambia, for example, the U.S. Department of Labor’s EMPOWER program provided entrepreneurship and leadership training to more than 1,400 adolescent girls at risk for child labor, many of whom went on to start their own businesses, generating income and avoiding child labor. And in Madagascar, the U.S. Department of Labor is providing funding to reduce child labor in mica-producing communities, including support to increase the capacity of government officials to address child labor in the mica supply chain. Additionally, partnerships between USAID Madagascar and U.S. and local businesses in vanilla, cocoa, and aquaculture that are focused on improving livelihoods and conserving biodiversity, have clauses banning child labor and monitoring systems to ensure the ban is enforced throughout the supply chain.

Our commitment to the world’s children stems from our belief that all children should have the opportunity to grow and learn and that economies are stronger when labor rights and human rights are protected. We recognize the important contributions governments, companies, unions, and civil society have made to eliminating all forms of child labor and look forward to strengthening our partnerships across the region to ensure that child labor is eradicated.

Nowhere is the spirit of partnership between our countries stronger than in our joint efforts to combat COVID-19. Since the pandemic’s outbreak, the United States has worked hand-in-hand with health professionals across the region to prevent, detect, and respond to COVID-19. We’ve contributed approximately $125 million USD in COVID-19 specific funding and have provided almost 11 million COVID-19 vaccine doses to the 12 countries where we serve as representatives of the United States, which has helped to ensure vulnerable workers are protected and can do their jobs safely. This is in addition to our $4 billion USD contribution to Gavi in support of COVAX.

Even in the United States we still have work to do. The dreams and goals of our current labor movement remain unfinished and unrealized by many. As much as we hope to impart, we also have even more to learn and gain from our partners. We understand that while workers across the region may share similar challenges, the African continent’s narrative is multidimensional and diverse. U.S. engagement in the region is based on a shared hope and belief that the prosperity narrative led by African workers is one we can build together by building a partnership of equals. When African workers can work in greater prosperity, harmony, freedom, and dignity, the United States and the world is better off.