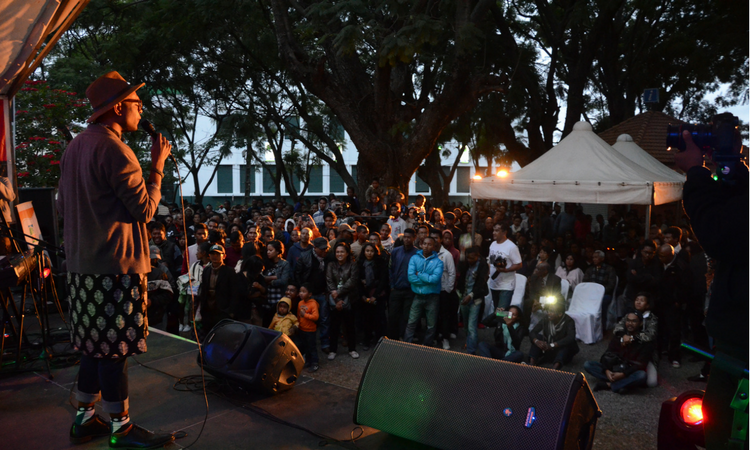 Kenny Wesley and his band, named Soulful Nerd, helped celebrate the 150th anniversary of U.S.-Madagascar bilateral relations and the international Jazz day. Soulful Nerd featured at the official “America Week: 150 Years of Partnership” launch ceremony to spread American culture through soul music. Kenny and his band then met with the youth at the Youth Civic Center downtown Antananarivo to discuss the poetry of Black American culture through hip hop and soul music. , Kenny shared the St. Louis soul with his public during the Missouri-themed evening Jazz Night at the Ambassador’s residence. Another key event was the concert at the largest prison section of the capital, addressing more than 1,000 male inmates. A concert at Tana’s Is’Art Galerie transcended into a euphoric jam session with local artists, and the Soulful Nerd’s visit culminated in an open-air jazz concert downtown followed by a concert at Le Louvre hotel.