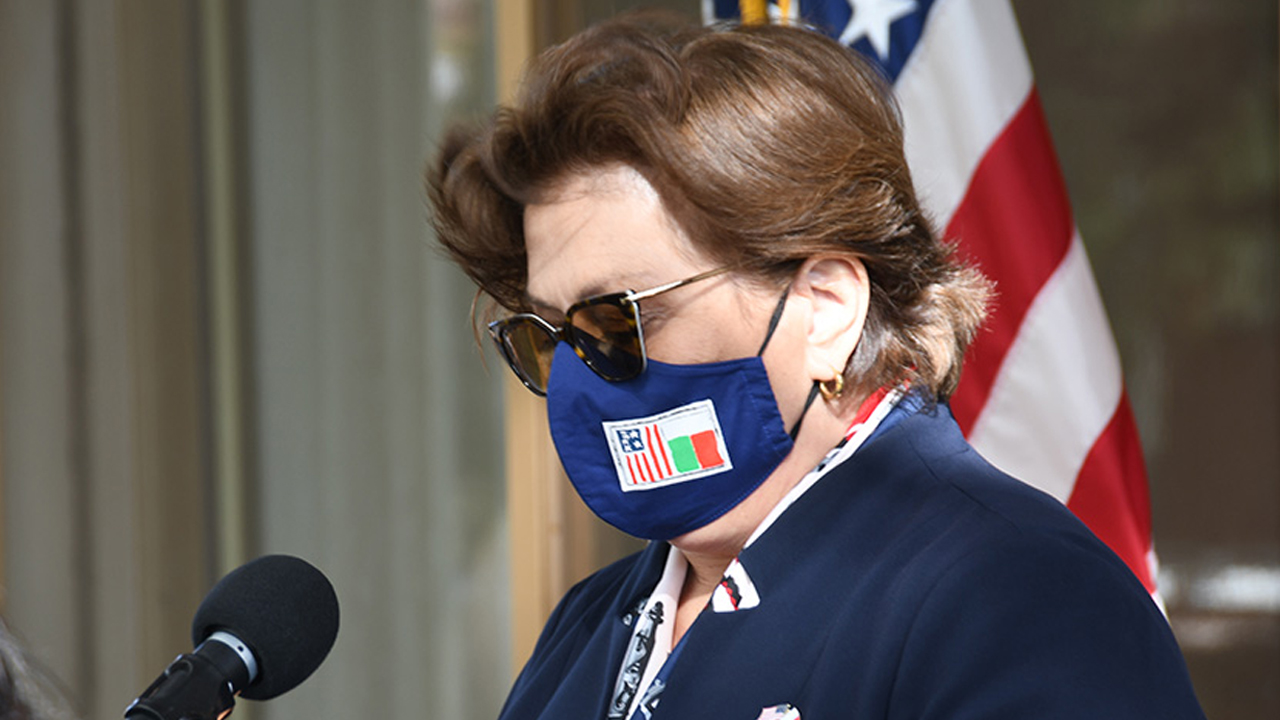 Thank you for welcoming me to Madagascar and for joining us here today to celebrate the 246th anniversary of the Declaration of Independence of the United States.

The United States and Madagascar have enjoyed relations for more than 150 years. Today, our countries continue to make progress together, like Mpirahalahy mianala, on a host of issues, from humanitarian assistance and good governance to public health and national security.

The United States is the leading provider of humanitarian assistance to Madagascar, having committed $108 million since 2020. Our projects in the south are addressing food insecurity by feeding those at risk and assisting farmers with agricultural recovery. We welcome the efforts of the Government of Madagascar to lead development partners and local communities in building greater resilience to increasingly more frequent climatic shocks.

I am pleased to announce that USAID, the development agency of the United States Government, recently identified Madagascar as a Resilience Focus Country to offer new development resources and greater programmatic support focused on helping Madagascar adapt to and cope with this evolving challenge.

Additionally, President Biden just announced at the G7 Summit a few days ago the inclusion of Madagascar as a new Target country for the U.S. Government’s Feed the Future initiative. This flagship development initiative will also tap further resources to improve food security and nutrition of the Malagasy people.

With these two initiatives and other potential support from Washington, I hope that the cooperation between our two countries deepens and grows over the next few years.

I want to applaud the Government of Madagascar’s efforts to modernize its judiciary, improve public resource management, and enhance public service delivery through greater active participation of its citizens. Just this April, we announced the RINDRA project, a five-year, $15.5 million program funded by the U.S. Government to strengthen governance, justice, and civic engagement in Madagascar. I would like to specifically recognize the members of the judiciary here with us today who play an invaluable role in strengthening Madagascar’s institutions and combatting corruption.

In the health sector, the United States remains a committed partner and the largest donor with roughly $72 million in support each year. We are also the largest donor of COVID-19 vaccines to Madagascar, having provided more than 2.1 million doses since July 2021. We applaud the Ministry of Public Health’s work on increasing access to these safe and effective vaccines. We look forward to a Government of Madagascar decision soon to expand the eligibility of vaccines to youth ages 12 to18. We know that widespread vaccination is the surest path to recovering from this pandemic, rebuilding our communities, and reinvigorating our economies.

The United States has invested $60 million over the last decade in programs to promote sustainability, improve local livelihoods, and bolster the good governance of natural resources. We will continue this important work, in collaboration with the Government of Madagascar, non-governmental actors, and civil society organizations to ensure future generations of Malagasies can benefit from the country’s unparalleled biodiversity and other natural resources.

The United States remains committed to facing our shared security concerns in Madagascar and the broader Indian Ocean Region. We commend the progress that the Ministry of Defense has made in restructuring the Malagasy Armed Forces to better face the great challenges of our times. We have several projects underway that we hope will contribute to your success. We have always worked closely with the National Police and Gendarmerie to help ensure those who commit crimes in Madagascar are held to account. And we will continue to seek opportunities to develop the capacity of our national security and law enforcement partners.

As Madagascar approaches 2023 national elections, the United States remains committed to supporting the development of Madagascar’s democratic institutions and processes. To that end, I am pleased to announce an additional $1 million in USAID programming to help Madagascar build on its recent democratic successes.

The bond between the American and Malagasy people is strong, deep, and broad, like “Mpirahalahy mianala”. As I begin my own journey “through the forest” with the Malagasy people, I look forward to getting to know so many of you, furthering our progress, and strengthening our ties.