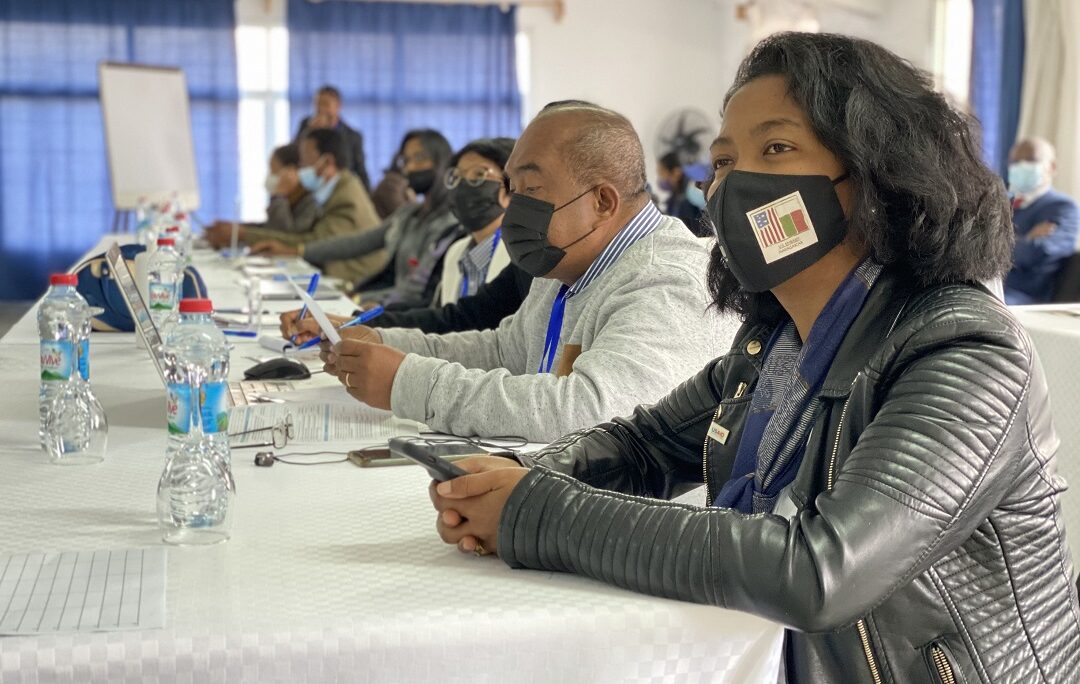 Action is needed to support southern residents during the coming lean season.

In the face of continuing food shortages in southern Madagascar caused by a series of droughts, more than 1 million people in the south face dire food insecurity as the next lean season approaches.

The U.S. government, through the United States Agency for International Development (USAID), today brought together leaders of the international donor community, humanitarian partners, and Government of Madagascar representatives to coordinate efforts for the lean season. The meeting was an opportunity to hear directly from concerned partners about the ongoing and expanding needs, understand logistics issues, and jointly plan how to support a sustainable recovery.

According to the World Food Program, 1.14 million people are currently facing high levels of food insecurity and that number is expected to rise. At least 14,000 people are already at the point of famine, the upcoming harvests are projected to be very poor, and access to food will likely worsen heading into 2022. To address this situation, it is critical that residents in affected regions are supported during the coming lean period and receive help to prepare for the next planting season.

U.S. Chargé d’Affaires, Amy J. Hyatt opened the meeting by noting that, “There is not currently enough aid for everyone who needs help. Humanitarian assistance remains scarce in several districts, and there is a real danger that support to some communities will need to be curbed or cease altogether, as food resources and funding dries up.”
Further stressing the importance and timeliness of the meeting, USAID/Madagascar’s Director of Disaster Assistance Eddy Rasoanaivo stated, “We are fast approaching the point where any new assistance will arrive too late. Today’s meeting is intended to address this urgent situation and develop plans to meet that need now.”

The U.S. government continues to stand by the Government of Madagascar and the Malagasy people like “mpirahalahy mianala” to respond to this crisis. To prevent starvation and famine and to help those desperately in need, the U.S. government is funding projects that are feeding 683,000 people, improving water access for 50,000 people, and preventing and treating malnutrition in 159,000 children and pregnant women.

On July 26, the U.S. government announced an additional $7.5 million in food, health, and agricultural assistance for the South. This follows on the heels of a June 2021 commitment of $40 million in emergency aid and a December 2020 announcement of $100 million for urgent and long-term assistance projects. Since 2015, the U.S. government, through USAID, has been the leading provider of assistance to the south, committing more than $236 million to respond to the urgent needs of families in hunger and provide long-term solutions to food insecurity.