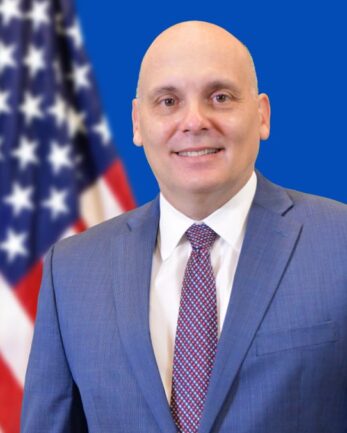 Tobias H. Glucksman has served as Deputy Chief of Mission in Antananarivo, Madagascar since August 2020.  Prior to Madagascar, he led the Africa Bureau’s Nigeria Team in Washington, DC from 2017-2019.  An Economic Officer by trade, he has represented the United States as Permanent Representative to the United Nations in Nairobi and as Advisor at the U.S. Mission to the United Nations in New York. His other past assignments include Deputy Political and Economic Counselor in Dhaka, Bangladesh; International Trade Officer in Jakarta, Indonesia; Human Rights Officer in Phnom Penh, Cambodia; and Special Assistant to the Ambassador in Singapore.  He has also served in Washington, DC as a Korea Desk Officer and an APEC Officer.

Mr. Glucksman hails from Wellfleet, Massachusetts.  He holds a BA in Economics from Boston University, a MA in International Affairs from Columbia University, and a MS in National Security Strategy from the U.S. National War College.  Mr. Glucksman served as a Peace Corps Volunteer teacher in the Solomon Islands.  He speaks French, Indonesian, and Cambodian.