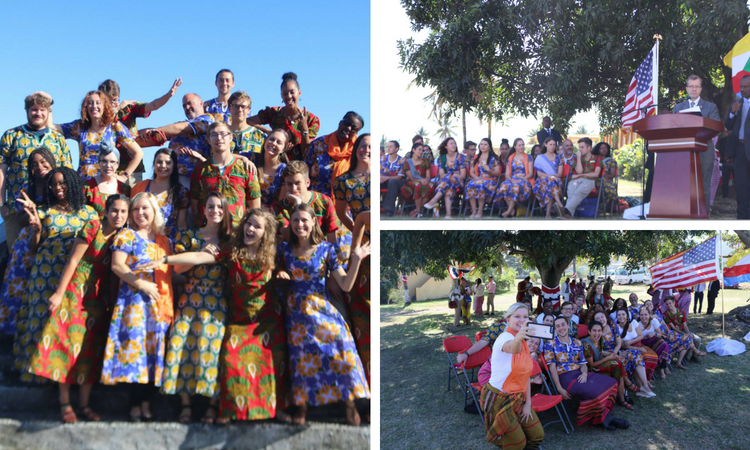 After 11 weeks of intensive language and cross-cultural training, a new class 23 Peace Corps volunteers was sworn in at the Retaj hotel, Moroni, yesterday. The Chargé d’affairs, along with Peace Corps Comoros Country Director, Randa Wilkinson, led the swearing-in ceremony, which was attended by volunteers, their host families, the media and representatives of the Comorian Ministry of Foreign Affairs and the Ministry of Education. The volunteers performed a traditional Comorian dance called “Dandarou” and three volunteers made remarks in the local dialects of Ngazidja, Moheli and Anjouan, on behalf of their colleagues.

Suggested for You
TwitterFacebook