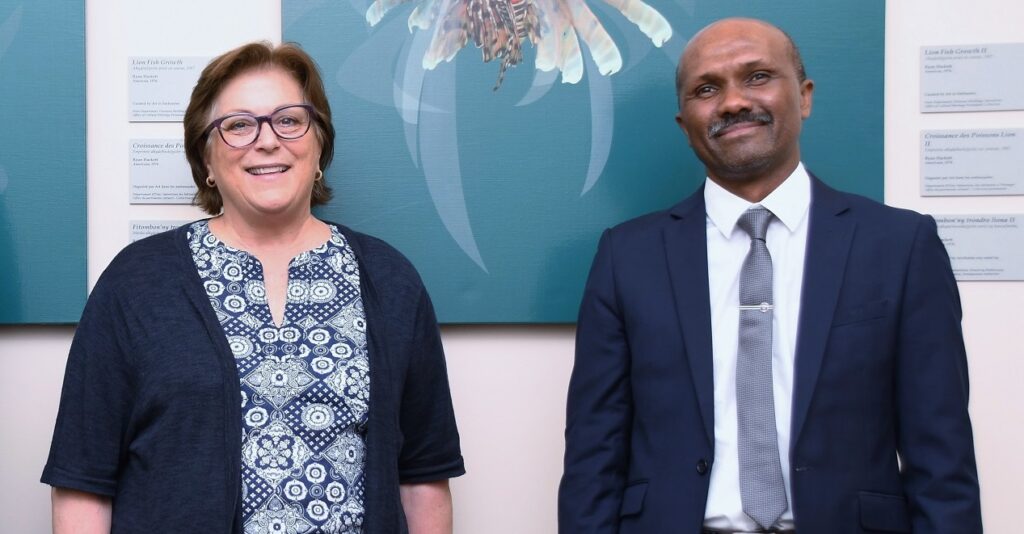 ANTANANARIVO – Today, on International Anti-Corruption Day, U.S. Secretary of State Anthony Blinken named Jean de Dieu Rakotondramihamina, president of Madagascar’s Court of Accounts, as an international Anti-Corruption Champion.  Rakotondramihamina was recognized for his unwavering commitment to defending transparency, good governance, and the rule of law and his willingness to implement reforms designed to improve the Court of Accounts effectiveness.  Through his leadership and direction, the Court of Accounts conducted a series of complex investigations, uncovering extensive evidence of widespread fraud, waste, and abuse.

Rakotondramihamina was one of eight Anti-Corruption Champions worldwide recognized in the third annual Anti-Corruption Champion Award ceremony hosted by the U.S. Department of State in Washington, D.C.  The eight individuals, including Rakotondramihamina, were recognized for their leadership, courage, and impact in preventing, exposing, and combating corruption in their countries.

Inaugurated in 2021, the U.S. Department of State’s Bureau of International Narcotics and Law Enforcement Affairs launched the Anti-Corruption Champion Awards to give international recognition to individuals who have worked tirelessly, in the face of adversity, to defend transparency, combat corruption, and ensure accountability in their own countries.

Around the world, the U.S. government counters corruption by reinforcing international standards, strengthening government institutions, and supporting non-government actors that promote transparency and accountability.  The United States recognizes that no country, including the United States, can effectively fight corruption alone.  It requires global cooperation.

The United States stands side-by-side with Madagascar like “mpirahalahy mianala” to promote good governance and develop sustainable, inclusive institutions.  In February 2021, the U.S. government announced the launch of “TANTANA” – a $4 million program to build the capacity of Madagascar’s Court of Accounts and improve the management of public funds.  The five-year “TANTANA” program is funded by the United States Agency for International Development (USAID) and will improve the court’s internal governance, strengthen communication and public engagement, and enhance the quality and impact of the audits and judgements produced by the court.  The program is part of a $30 million in annual assistance to support institutions and capacity building throughout Madagascar.