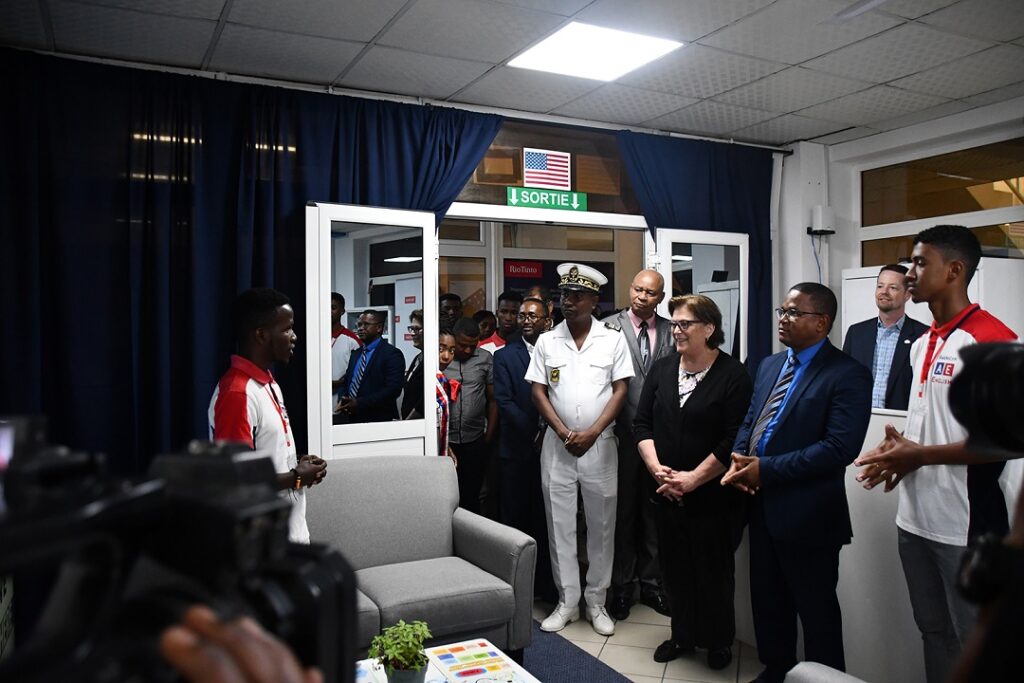 Since 2016, the American Corner has been hosted by QMM Rio Tinto at its offices at the CNAPS Building in downtown Taolagnaro. In partnership with the U.S. Embassy, QMM has substantially renovated our space and provided dedicated high-speed internet. The renovated American Corner is now double the size of the original site. The U.S. Government has provided nearly $50,000 in new technology, furniture, and fixtures including a 3D printer, 16 new computers, and video conferencing equipment. With these renovations, the new American Corner will offer a greater range of programs to learn about shared American-Malagasy values, engage in informed discussions, pursue educational opportunities, and improve the teaching and learning of English. The English Center of Fort Dauphin, the American Corner’s implementing partner, will conduct these programs in collaboration with the U.S. Embassy.

Ambassador Pierangelo said in her remarks at the ribbon cutting ceremony, “With the reopening of American Corner Taolagnaro, the U.S. Government is renewing its commitment to work with our partners, the alumni of U.S. Government-funded exchanges, our American Corner members, and all of you – like ‘mpirahalahy mianala’ – to create ways for southern Madagascar to be part of national and international conversations on issues of local and global significance.”