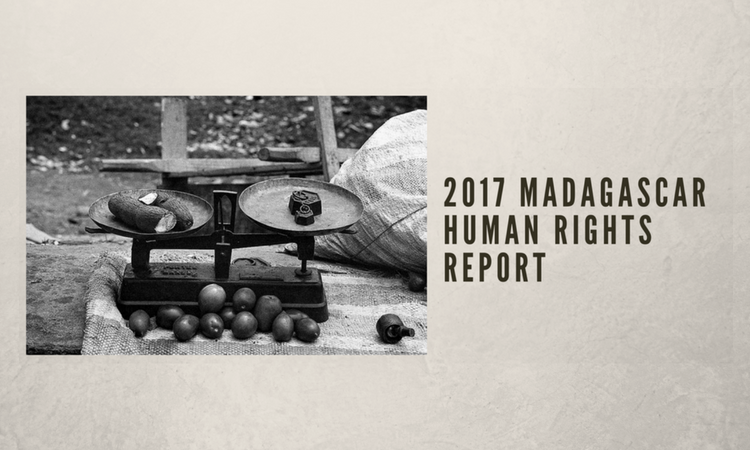 Madagascar is a semipresidential democratic republic with a popularly elected president, a bicameral legislature (Senate and National Assembly), prime minister, and cabinet. The current president and National Assembly were elected in 2013, the first national elections after the 2009 coup against former president Ravalomanana. Nationwide municipal elections in July 2015 allowed for the indirect election of the Senate in December 2015. All elections were peaceful and deemed generally free and fair by international observers, despite low turnout and the denial of 31 of 31 opposition appeals by the High Constitutional Court.

Civilian authorities at times did not maintain effective control over the security forces.

The most significant human rights issues included arbitrary or unlawful killings and other security force abuses; life-threatening prison and detention conditions; lack of judicial independence; restrictions on freedom of speech and press; pervasive corruption that led to impunity; lack of accountability in cases involving violence against women and children, including rape; and early and forced child marriage.

The government rarely prosecuted or punished officials who committed abuses, whether in the security forces or elsewhere in the government, and impunity remained a problem.