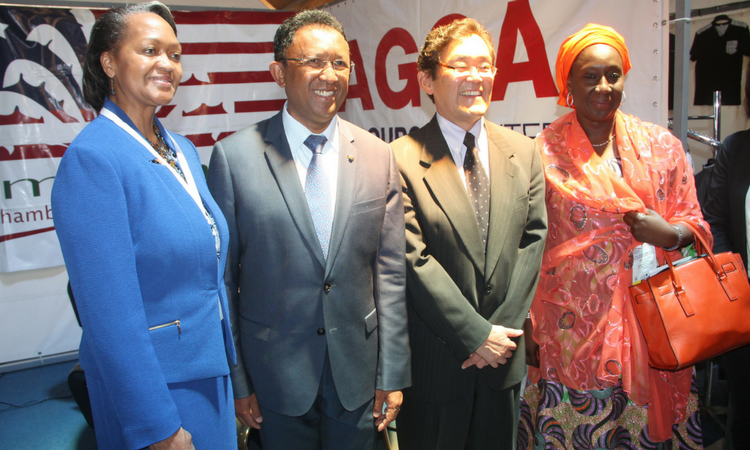 11/03/2016 : Official opening in Antananarivo of the Textile and Apparel Fair “Origin Africa”,

Noting her presence, the President said in his remarks that the presence of Mrs. Liser proved the importance given by the United States of its trade relationship with African countries and that eligibility to AGOA remains a major concern for all stakeholders.  The President reminded that as part the 5-year objective to create 200,000 jobs since the reinstatement of Madagascar within AGOA in December 2014, so far 35,000 jobs have been created.

A/USTR highlighted that currently, Madagascar is the fourth largest exporter of apparel to the U.S. under AGOA, for a total of USD 39 million of apparel exported in 2015.  She also mentioned the high quality of the Malagasy products exported to the U.S. and noted the advantage that Madagascar has in exporting such specialized products as cashmeres.