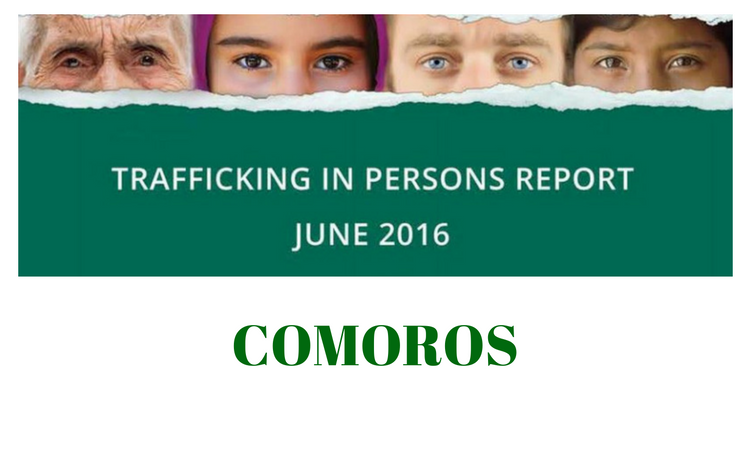 If there is a single theme to this year’s Trafficking in Persons (TIP) Report, it is the conviction that there is nothing inevitable about trafficking in human beings. That conviction is where the process of change really begins—with the realization that just because a certain abuse has taken place in the past doesn’t mean that we have to tolerate that abuse in the future or that we can afford to avert our eyes. Instead, we should be asking ourselves—what if that victim of trafficking was my daughter, son, sister, or brother?

This year’s TIP Report asks such questions, because ending modern slavery isn’t just a fight we should attempt—it is a fight we can and must win. The TIP Report is the product of a yearlong effort requiring contributions and follow-up from employees in the United States and at our diplomatic outposts across the globe, host country governments, and civil society.

That effort is well worth it, because this Report is one of the best means we have to speak up for men, women, and children who lack any effective platform to be heard themselves. Because of its credibility, the Report is also a source of validation and inspiration to activists on every continent who are striving to end the scourge of human trafficking. The purpose of this Report is to enlighten, energize, and empower.

That’s why it incorporates the insights of NGOs, advocates, and survivors with firsthand experience of this horrific crime. By issuing it, we want to bring to the public’s attention the full nature and scope of the $150 billion illicit human trafficking industry. We want to provide evidence and facts that will help people who are already working to achieve reforms and alleviate suffering.

And we want to provide a strong incentive for governments at every level to do all they can to prevent and prosecute trafficking, identify and support victims, and shield at-risk populations. The United States is committed to working with our international partners to tackle the root causes and consequences of modern slavery and to exchange ideas and innovative practices, but much work remains.

Modern slavery is connected to a host of 21st century challenges—from environmental sustainability to advancing the lives of women and girls to combating transnational organized crime. Wherever we find poverty and lack of opportunity—wherever the rule of law is weak, where corruption is most ingrained, where minorities are abused, and where populations can’t count on the protection of government—we find not just vulnerability to trafficking, but zones of impunity where traffickers can prey on their victims.

This year’s Report underscores the need for increased attention to preventing human trafficking. It encourages governments to identify and acknowledge those most at-risk in society, and to create effective ways to recognize vulnerable populations and help first responders spot the methods used by human traffickers.

By understanding the needs of vulnerable groups, governments can partner with NGOs and the private sector to protect the innocent from would-be traffickers. The magnitude of the challenge is real, but make no mistake: So are the opportunities for progress. In December, the President appointed 11 trafficking survivors to the first-ever U.S. Advisory Council on Human Trafficking.

Their courage and commitment remind us all of our responsibility to take bold action so that, together, we will win more battles in a fight that will surely last for generations. That is why I urge you to read this Report as a call to action—a plea to people everywhere to realize the vision of a world that is more caring and more just–a world free from modern slavery