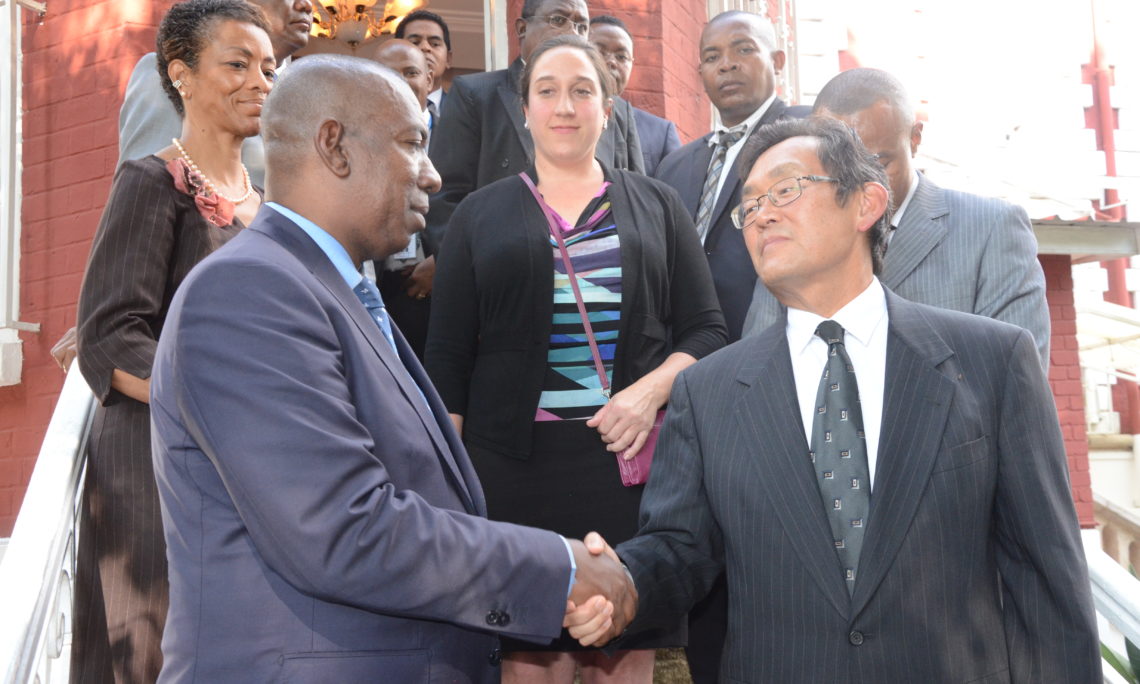 Antananarivo – As the emergency in the south of Madagascar continues into the lean season between harvests, the United States government has donated an additional $2.7 million to emergency relief.

“There are still nearly a million desperate people who don’t have enough to eat. Right now, as we head into the heart of the lean season, when people are suffering the most, is when more action is needed by all parties,” said U.S. Ambassador Robert Yamate.  The Ambassador stressed the importance of a formal emergency declaration from Madagascar, which could open up more options for the international community to respond and provide more aid for relief efforts.

“The late arrival of rains is expected to delay the harvest season by another five to eight weeks, and additional support is needed to carry these communities through this extended lean season.  The $2.7 million we have announced today will be provided to the World Food Programme and will allow them to continue activities that are feeding 260,000 people daily,” said United States Agency for International Development (USAID) Mission Director, Michelle Godette. The funds were provided by USAID’s Office of Food for Peace and will be used to buy food supplies, including rice and green peas, to be distributed to communities without enough to eat.

Since 2014, the United States government has been the leading contributor to emergency assistance in Southern Madagascar, providing over $39 million dollars of assistance and food supplies. Through USAID the U.S. government has funded the work of Catholic Relief Services (CRS), the World Food Programme (WFP), the Adventist Development and Relief Agencies (ADRA) and others. These organizations have also worked together to ensure that relief efforts are coordinated and have supported each other to cover any gaps in food supplies.

Through these organizations the U.S. is funding the delivery of life-saving food aid; seeds to grow new crops; farm supplies and tools; livestock and training in animal husbandry; and specialized nutritious supplements to prevent starvation among malnourished children and pregnant and lactating women.